With a loan of EUR 7,800 Gina can expand her itik (duck) farm and sell more eggs for local specialties. 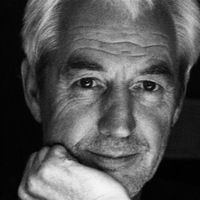 Gina San Pedro from San Ildefonso, Bulacan, owns Margie Farm. The farm has been existing for 10 years now, which started in 2006 but was registered in year 2008. It is an itik (duck) farm where duck are raised, eggs layed by female ducks are further processed and becomes balut and penoy, a famous Filipino native delicacy sold by peddlers. In the beginning, she used to have 200 ducks, but as time past by, she was able to grow them in to thousands which is approximately around 3,000. Gina took up three courses in college but presently working as a teacher in a primary school located in Bulacan. She is assisted by her spouse in operation. Also together with her workers, which she provides with food and living quarters for free, aside from weekly salary.

Her workers are composed of four male and four female, all regular, and has two part-time employees. Getting in to a farming business is not new to her because she grew and was influenced by parents and relatives in the same line of business. With the dream of expansion, she is about to purchase additional ducks and its feeds.

She will be needing an additional working capital that will be provided by NPFC and LendAHand. To be repaid in 18 months.

We have already contributed for Margie Farm

Juul Slot
+ and another
3
investors