With a loan of EUR 29,500 around 60 women can expand their businesses in order to improve their position in the economy. 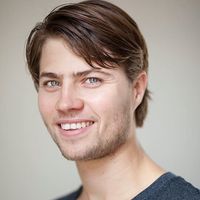 India is still home to several tribal people who have not been introduced to the lifestyle of the modern world. Such a population lives in the Burdwan region of Bengal. They are known mainly for their skills in weaving saris which is famous across India, knitting, pottery, fish farming, etc.

The households consist of five members on average. The women are typically engaged in the small businesses their husbands run which include small tea shops, grocery stores, bidi-making enterprises, etc. The average household sees earnings not more than $88-$94 every month. Children go to school in nearby government schools for which they travel long distances. Due to financial constraints or the pressure of domestic chores, a lot of these students drop out. Regardless of all their problems, the community remains vibrant and has a strong sense of brotherhood.

With this loan around 60 women are able to achieve an improved position in the economy, by expanding their businesses.

We have already contributed for Grameen Shakti 2