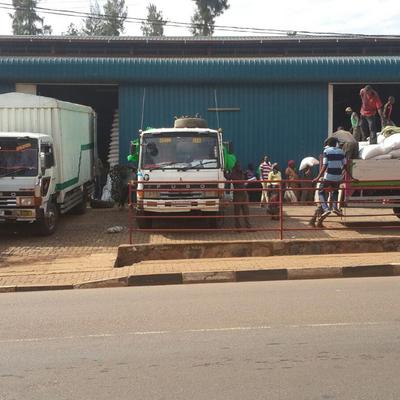 IMPORTANT NOTE: high risk product - direct loan to an agribusiness company. No local financial institution in between to cover risks.

Information document of the issuer (NL)

Information document of the issuer (BE)

Yak Fair Trade Ltd is a Rwandan agribusiness trade and livestock business (established in 2010) providing affordable and nutritious products (grains, meat and meat products), based in the Rwamagana district of the country’s Eastern Province. YAK sources indirectly from over 65,000 Rwandan small holder farmers through 52 cooperatives and processes them for sale to larger food processing companies.

Yak Fair Trade Ltd was founded by Janvier Gasasira and Mediatrice Uwingabire in 2010, initially focused on staple food value chain development including the processing and distribution of grains and wide variety beans and in 2010 expanded its offering to include dairy value chain development. YAK also owns shops in Kimironko Gasabo, Muhanga and Rwamagna districts for crop production.

Historically, YAK has purchased a minimum of 60% of its products from small holders farmers (via cooperatives) and hopes to increase the percentage of purchases from SHF through improved trade finance and capacity development of the farmers.

The loan will be used to allow YAK to buy more agricultural outputs, e.g. maize & grain from small holder farmers, and purchase of equipment (e.g. cold room storage) in order to expand its maize processing business.

YAK also acknowledges the need for earlier education at the cooperative level to improve farming methodologies and output. Yak train farmers on best practices as well as post-harvest technologies to avoid loss of production.

Yak Fair Trade Ltd is an agribusiness company dealing with food sales and plans to continue to buy from smallholder farmers, especially during the crisis period. YAK follows the country regulation and protection measures for their staff as stipulated by the government.

Apart from complying with the Rwanda government’s instruction to protects its personnel, the Company has taken additional safety measures, by allowing only necessary movements, and have distributed protective equipment, to the staff that needs to move. YAK has also instructed its farmers to stay home and keep a minimum distance of 1.5 meters. When the Company goes to buy from the smallholders, it pays them with the use of mobile money without cash in hand to avoid contact.

YAK is committed to its mission of making food availability and ensuring the market for the farmers with fair prices.

The company’s mission is to sustain the private entrepreneurship through sustainable development of supply chains of food to different clients.

To become a leading and prominent regional and international company in the food supply chain.

Rwanda is a small landlocked country in east-central Africa with a population of 12 million. It is currently led by Paul Kagame who became president in 2000. In 2018, its GDP was US$9.5bn and it has steadily averaged high single digit GDP growth rates. Rwanda has been a leading engine in terms of trade openness and has one of the best business environments in Africa. Rwanda also has contained current account (-9% of GDP in 2018 vs -15.8% of GDP in 2016) and fiscal deficits (-2% of GDP in 2018), coupled with relative low debt levels (public debt c.42.5% of GDP in 2018).

High Growth Economy: The country has exhibited a high growth regime during the last decade, with some booms and busts but never with a major downturn. Growth recovered markedly from this low level, but was not immune to some imbalances in the past.

Attractive place for businesses driven by political stability: The World Bank’s Doing Business 2019 survey ranks Rwanda 29th out of 190 economies surveyed (including Developed Economies), making it one of the best-ranking African economies. Rwanda has made significant progress from the ethnic strife that led to the genocide & civil war in the nineties, with political stability among the key assets that has allowed a sustained reform momentum.

Due to the strong link between agriculture and poverty, the challenges in the agriculture sector are also drivers of rural poverty. Despite remarkable improvements over recent years, the agricultural sector in Rwanda still faces many challenges such as land degradation, soil erosion, land fragmentation, strong dependence on rainfalls and vulnerability to climate shocks.

Mr. Janvier Gasasira is the current senior advisor to the business and holds the position of Chief Executive Officer (C.E.O.) of YAK FAIR TRADE Ltd.  He holds a master’s in development studies and project management acquired from Louvain La Neuve (Belgium) University in 2003.

Mr. Janvier Gasasira is a seasoned Rwandan agricultural sector expert, bringing with him over 26 years’ experience. Mr. Gasasira has strong leadership skills, is results and business-oriented,  over the course of his career, Mr. Gasasira has developed extensive knowledge of the agriculture sector, always ensuring sustained beneficiary engagement with smallholders, public institutions, the private sector, and civil society, from both a strategic and operational point of view. He contributed to impact assessment reports for five different projects under the Ministry of Agriculture and Animal Resources.

The Managing Director of the company Mrs. Mediatrice Ingabire has experience of more than 10 years in the company, and she participated a lot in the expansion of its activities and the increase in its turnover. She has previously served as an accountant in King Faysal Hospital, where she worked for a period of 10 years. She holds a bachelor’s degree in business administration (Ao) acquired at KIM University.

Rwigema Jean Baptiste is a Senior Agriculturalist Engineer.  He has a general experience of 27 years, with 19 years of experience in project management. He has worked with YAK FAIR TRADE Ltd for more than five years. He holds a master’s degree in Soil and Water Engineering.

He holds a bachelor’s degree in Accountancy and is Certified Public Accountant (C.P.A). He has served in SOSOMA Industries for more than 20 years as an accountant and has four years of experience with YAK FAIR TRADE LTD.

Read how YAK Fair Trade was our first partner in the agricultural sector in their introduction, here.

We have already contributed for YAK Fair Trade 3

Jan de Wit
+ and another
203
investors