Philippine companies (SMEs) that are looking for capital to grow and to create jobs, can apply for a loan at the financial institution NPFC. Our partner NPFC has a ‘Lending Company’ permit and falls under the supervision of the local Securities and Exchange Commission.

Since March 2017, it is known that NPFC hasn’t been as financially well-off as was communicated by them. From that moment on, no NPFC projects have been offered on the website. Meanwhile, NPFC appointed a new management team to make things right: implementation of a new management information system, clearer reporting lines and decision-making powers and introducing formal checks & balances. As soon as all the outstanding amounts have been paid back and NPFC complies with the agreements, the possibility of offering new projects will be considered.

Update March 2019: NPFC has paid back more than 70% of the outstanding amounts as of March 2017. The expectation is that they will continu repayments in July 2019. 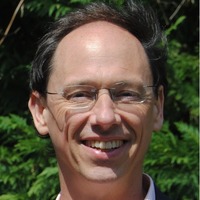