The company makes solar energy accessible and affordable to millions of off-grid people in Africa by taking a large scale and systematic approach. Operations started in Uganda in May 2011, building on management’s 7-year experience with the award winning Dutch Rural Energy Foundation training hundreds of rural entrepreneurs across Africa to develop solar energy enterprises and recognizing the potential in Uganda to develop a scalable commercial business. SolarNow has since then sold over 14,000 systems to approximately 4,500 entrepreneurs and 9,500 households. The Ugandan distribution network is strong and growing, with increasing levels of repeat orders from existing customers.

Daniel Mcfarlane Wellington (CEO) is a seasoned Commercial Chartered Accountant with more than 28 years’ experience in Africa, with local and multinational organizations in various Commercial and Financial executive roles in energy with British Petroleum as country and regional leader and business transformation leader for projects in sub-Saharan Africa, including Kenya and Tanzania over a period of 10 years. He also brings a wealth of experience as CFO and Finance Director from the Agricultural sector including Sugar, Tea/Coffee and poultry operating in Zimbabwe, Zambia, South Africa, and Uganda . 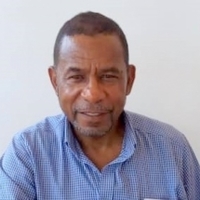