Tineyi Emmanuel Mawocha has been appointed Chief Executive Officer of OBUL. He has held several managerial positions in major Banks in South Africa including Standard Bank - South Africa and Swaziland. He has worked as Area Business Manager and Director Branch Network Standard Bank South Africa. In December 2005, he was transferred and promoted to Managing Director of Standard Bank Swaziland and served there till September 2012. In October 2012, he was appointed Managing Director of Tetrad Investment Bank and left in December 2013 to join Urwego Opportunity Bank of Rwanda. Tineyi was Chairman of SADC Banking Association from 2009 till 2012. He is a fellow and advisor of the Centre for Financial Inclusion’s Africa Board Fellowship programme.

With a loan of EUR 24,700 the 18 members of the Kyomya Development Group will be able to improve and expand their businesses. 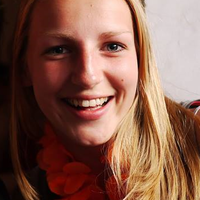