Emerging Cooking Solutions (ECS) Zambia, trading locally as "SupaMoto", is headquartered in Lusaka, Zambia. They provide affordable, high-quality, renewable energy for home- and productive use to low-income households in Zambia and ultimately other countries in Africa. ECS provides a domestically produced cooking fuel and a more affordable alternative to charcoal for cooking. They have 4 regional offices, 62 staff members and a growing network of over 200 sales agents. ECS is running a pellet factory in Copperbelt province since 2013 and has sold 8,000 domestic, 100 institutional stoves and 5,000 Solar Home Systems to date.

Mattias Ohlson, the CEO and co-founder, has been running the company since its start 2012 and has been living in Zambia since 2013. He is a serial entrepreneur with a successful exit from an IT-company he created in Sweden as well as an environmental consultancy agency. He also worked with international humanitarian organization Doctors Without Borders in challenging environments where he managed up to 170 staff. He enrolled at Harvard University 1992 with a full 4-year scholarship but left a year later in good academic standing, having finished two years of courses in one. 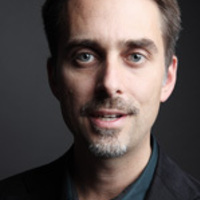