candi solar AG is a dedicated rooftop solar installer, financier and operator for SMEs in India (and soon to start a pilot in Azie). It brings together international capital, through its Swiss-based parent, and local expertise in order to serve this underserved sector. In doing so candi aims to reduce carbon emissions, create jobs, increase energy access and save money for small businesses, thereby releasing capital for more productive use in the economy.

The company was founded in January 2018 in Zurich by Philippe Flamand and in India along with Rahul Gill. Despite the track record of the company being limited, there is over 50 years of management experience within the organisation and the local team on the ground in India has worked on constructing projects of over 40MW between them. 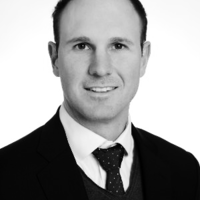 India, after China, is the country with the largest population in the world. At the beginning of the 20th century India had 250 million inhabitants, that number has since then increased fivefold. India is a democratic republic with a predominantly federal structure. The country is headed by a president. The tasks of the president are mainly ceremonial. Over 60 percent of the population works in the agrarian sector.