With EUR 3,800 Cristina is able to prepare her award winning culinairy business for Chistmas season. 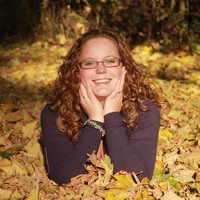 Emfanada de Kaliskis was founded in 1820 by two sisters who used to cook for the Spaniards and prominent families. At that time, their empanada became famous in Malolos and its old-fashioned recipe was passed on the the next generations. It is Cristina Tessie Luriaga that handles the business who joined her cousin Mercy in 1951.

Even the former Philippine President considered it to be his favorite food. In continuing the family-owned recipe, Tessie has now a 40 years of actual handling the business. It was featured in different Philippine television shows, newspaper, and magazines. They have also been acknowledged by the local government by giving them Culinary Heritage Award.

The company employs six regular workers which are given daily salary, meals, and accommodation. Tessie will be needing additional working capital loan to purchase additional ingredients for them to accommodate more orders in preparation for the holiday season.

Together with local partner NPFC Lendahand will provide a loan, which has to be repaid in 12 months.

We have already contributed for Empanada de Kaliskis

Bianca Wiedenhoff-Mosterd
+ and another
8
investors