With EUR 5,000 Eduardo can optimize his bread and pastry assortment ánd expand to Bulacan. 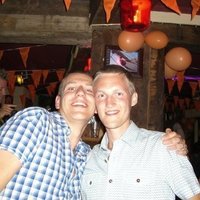 Eduardo Cuevas Maalihan is a forty-three (43) year old father of six (6) children. He worked as a hotel supervisor in Japan for six (6) months. Ed manages Cuevas Bread House. Cuevas Bread House was founded by Jacinta Maalihan in 1967 in Valenzuela City. Cuevas Bread House is an ambitious family owned company supplying bread and other bakery products to all major retailers and smaller stores, within the distribution region.

Cuevas Bread House company history has always been driven by innovation. Eduardo Maalihans aim was to constantly improve the quality of the bread or pastries by developing a more gentle production process.

All of his contributes to a steady growth of Cuevas bread on the Philippine market. The business has been built on product quality and high level of service to our customers.

Cuevas Bread House has over a long years, transformed from a small local supplier to a well respected plant bread manufacturer. The company continues to go from strength to strength, winning a host of new contracts, continually reviewing its product range and steadily expanding into the region of Bulacan.

Cuevas Bread House has twelve (12) branches located in Caloocan and Bulacan and employs thirty-six (36) males and forty-three (43) females. The employees are deployed around the twelve (12) Cuevas Bread Houses with just and legal compensation and free meals. The Company has continued to grow and now proudly achieves a turnover of around 30 million and continued to expand all over the philippines.

Lendahand partner's NPFC is supporting Eduardo Maalihan in acquiring additional working capital to boost the production and support for the incoming orders.

We have already contributed for Cuevas Bread House

Cees van Iperen
+ and another
20
investors