With EUR 48,000 YVU Microfin supports more women in areas like Assam and Manipur, uplifting them from poverty. 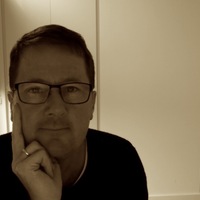 YVU started its microfinance operation called YVU Microfin in 1996 to drive self-sustainability and greater ownership of these programs by communities. YVU Microfin provides impoverished locals with credit to develop and build their own microenterprises and uplift themselves. It works towards financing this enterprise development and progress among women from underprivileged communities in Assam and Manipur.

The Northeastern region of India houses several underserved communities- majority of which have tribal ancestry. The women in this region mostly work on their small traditional weaving enterprises where they make shawls called mekhala chadors, loin cloths and bed spreads. Through its partnership with Milaap, YVU Microfin supports women in these areas, uplifting them from poverty.

We have already contributed for Youth Volunteers’ Union

Ron van Eijk
+ and another
44
investors