With EUR 9,400 Eduardo can purchase raw materials of fabrics to produce more gowns for men and woman. 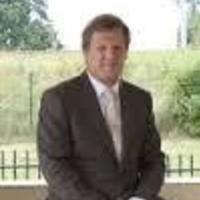 Eduardo Sy is a born artist who has passion for creativity.  He is designing gown for all occassions both for men and women.  He also has wedding accessories and fabrics allowing clients to choose from, based on their requirement.  Because of his exquisite work, he is a much preferred designer by wedding organizers and suppliers, celebrities and movie stars.

From Quezon City, “Edd Sy Fashion Collection & General Merchandise” has been operating since 1996.  The business started with only two workers but has now grown it into eight female workers with a weekly salary.

On June 4, 2006, the company celebrated its 10th year Anniversary with a Gala Show.   Mr. Sy has also received several awards because of his excellence in fashion, gaining customer confidence wearing his gowns thru product quality, and alike.

His loan proceed will be used to purchase raw materials or fabrics.  According to Eduardo, 2017 is a wedding year for them.  His loan will be repaid in 12 months time.

We have already contributed for Edd Sy Fashion Collection

Aad Smits
+ and another
29
investors