With a loan of EUR 6,400 Sumber Makmur will be able to finance street vendors and small merchants. 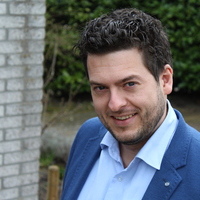 Sumber Makmur is a cooperative of street vendors founded 2002 from Mr. Nasrulloh’s concern for street vendors and small merchants, with 70% of the capital is still funded from his own pocket.

His members have greatly benefitted from Sumber Makmur enterprise loans averaging Rp.500 thousand each for typically a 10-month period. With invaluable support from his wife, Mrs. Kusnul, as Cooperative Manager, they jointly managed the Sumber Makmur’s growth from the beginning to 1 headoffice in Pati and 5 branches that in Pekalongan, Grobogan, Jepara, Karang Anyar and Boyolali. Mr Nasrulloh now assists 18,267 members today with much needed working capital in small cash businesses that are unable to secure funding from conventional sources. He has proven his business acumen increasing revenue by 23.28% in FY 2015 and 1.56% in FY 2016. With this excellent financial and social track record, Mr Nasrulloh now hopes to reach investors for stronger funding to elevate the general economic prosperity of Pati by stimulating trade and its multiplier employment effect.

Sumber Makmur has proven it is committed and discipline with repayments to Nusa Makmur being always on-time with timely submission of the required regular Financial Reports. This reflects the members commitment as evidenced by Sumber Makmurs impressive NPL of 1.32%.

Sumber Makmur has been with Nusa Makmur since 25 October 2016, together we funded 700 small traders.

We have already contributed for KPKL Sumber Makmur

Hans Kramer
+ and another
6
investors