With the second loan of EUR 53,850 Otgon-Ochir can finish the construction of the event hall and open in November 2018. 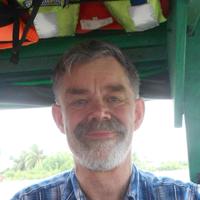 “Khuvsgul Center” LLC was established in 2000, as a subsidiary company of “Dul” LLC which is one of the first private companies in Khuvsgul province. The head company “Dul” LLC imported consumer products with good quality, and supported local citizens’ wellbeing during a sudden shift of Mongolian economy in 1990s. Today, it has branched into subsidiaries and operates successfully in farming, tourism, and hospitality.

Otgonochir P. (48), the owner of “Khuvsgul center” LLC, graduated from the University of Science and Technology of Mongolia in 1994. Born and raised in Khuvsgul province, he has always been considerate for his hometown’s future improvements, and operates his business towards to developments of local economy. Currently, the company runs a hotel “50-100” in Murun city, which has already gained customers’ appraisal. The company has over 30 employees, and is one of the biggest private companies in the province.

In September of 2017, Otgonochir has initiated a construction project “Munkh Khaan Event Hall.” The new building consists of 12 guest rooms, an event hall with a capacity of 600 people, VIP rooms, indoor pool and entertainment activity rooms such as karaoke and billiard. Also, it has a spacious parking lot for 200 cars and an outdoor playground for children.

Khuvsgul province is located 671 km away from the capital city Ulaanbaatar, and has renowned for its attractive nature, beautiful lake “Khuvsgul,” and a unique ethnicity “Tsaatan” living only in the province. Throughout the years, the number of international and domestic tourists travelling to Khuvsgul province has been increasing. Additionally, a tourist season is risen not only in the summer, but in the winter, many people travel to Khuvsgul to see the admirable winter nature around the lake. Therefore, a demand for convenient hotels with diverse services and open for all seasons is significantly rising.

However, the current construction process of the new building is at 53%, and the company is in short of investments to complete the construction. With a total loan amount of MNT 300 million, the company will be able to finish the construction and open the event hall by November, 2018. The company will hire 20 more employees near the opening, and 15 more in the long-run. Opening a big event hall with diverse services in Murun city will attract more tourists coming to Khuvsgul province, and will substantially promote a growth of the local economy.

We have already contributed for Khuvsgul Center LLC 2

Hans Bierhuis
+ and another
117
investors