With a loan of EUR 13,700 Davaamaa will be able to expand her company and hire 2 more employees at the meat factory. 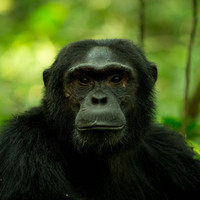 Davaamaa (45) is an experienced entrepreneur, who has established her business in her early 20s. First in 1995, she began selling men and women clothing, shoes, and bags at the local shop of Selenge province. Later in 2004, she broadened her business and opened a small restaurant named “Ulemj.” The business has successfully developed, and in 2013, she expanded the restaurant into 2 store building, and began running a veterinary pharmacy on the second floor. In 2017, she added up another business line by opening a small consumer meat store.  Currently, she has 5 employees in total.

As livestock has been the fundamental food resource of the country, Mongolian traditional foods often include beef, lamb or horse meat. Throughout the years, livestock number has been increasing and the total amount of livestock of the country has reached its peak at 66 million in 2017. However, consumer meat processing and storing still lack factory establishments.

The owner, Davaamaa, has also faced meat processing and storing challenges in the business. She has a supply contract with local herders of Selenge province, and buys consumer meat at lower prices. However, she needs storing and processing facilities to provide healthy conditions to store the meat and to maintain its freshness. Thus, she plans to build a small meat processing factory next to her meat store.

In order to fulfill her plan, Davaamaa seeks to borrow 40 million MNT. She will hire 2 more employees at the meat factory as a butcher.  Her business promotes the consumer meat processing development of the province.

We have already contributed for Davaamaa

Lot Hagenaars
+ and another
22
investors