With a loan of EUR 8,200 euro BJS allows 23 women to construct or renovate toilets at home and reduce infections. 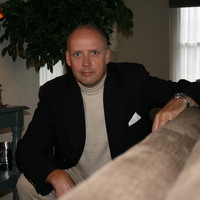 Belghoria Janakalyan Samity (BJS) is a not for profit organization based in the eastern Indian state of West Bengal. It was formed with a single goal of alleviating poverty through women empowerment. It aims to reach families in the most underserved and financially poor areas in West Bengal.

BJS focuses on the holistic development of the weaker section of the society, especially women, providing both financial and non-financial services. It uses microfinance as a tool for poverty alleviation and focuses on building self-sufficiency among women.

In line with its goal of making women self-sufficient, BJS adopted a methodology of forming women into self-help groups. BJS runs a microcredit programme which allows women to construct or renovate toilets at home. So far, they have successfully helped many women and their families gain access to safe sanitation and lead a life of dignity. However, several families are still forced to walk long distances to defecate in the open, putting their health at risk. BJS seeks to continue to improve this situation, one borrower at a time.

We have already contributed for BJS 13

Derkjan van Veen
+ and another
20
investors