With a first loan of EUR 32,000 Davaasambuu will be able to start building a second branch of his supermarket in Ulaangom. 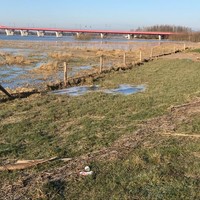 Davaasambuu S. (52) is a local businessman from Uvs province, who majored in agriculture and graduated from a Russian university in 1987. During 1987-1992, he worked as a soil specialist in Uvs province. Then since 1998, Davaasambuu began his entrepreneurship; in 2008, he opened his first grocery store in capital city of the province. During the years, the store has been expanded in size and inventory. Not it sells various consumer products, and currently employes 5 local residents.

Davaasambuu’s grocery store has been operating successfully since its establishment, and the sales has doubled during the annual year of 2017-2018. Due to increased local population, the market demand has risen significantly. Thus, he plans to build a new supermarket in downtown of the province. Davaasambuu has contracted with “Urgoo Architech” LLC for the construction of supermarket.

With an opening of new store, he will hire 4 empoyees: 2 cashiers, 2 warehouse clerks.

We have already contributed for Davaasambuu 1

Ton Schroer
+ and another
113
investors