Trivia about Kyrgyzstan for impact investors Written by Lynn Hamerlinck on 14 February 2022

Our portfolio is expanding, not only in offerings and volumes, but also geographically. We recently added Kyrgyzstan as an emerging market to our portfolio with microfinance institution Salym, and more to join soon.

With Kyrgyzstan being quite an off-the-beaten-path country, landlocked between China and Kazakhstan, we were curious to learn more about the economic circumstances, the local labor market, and more. We’ve listed four items about this emerging market that are of particular interest to impact investors looking to expand their impact investing portfolio. Beware, you might also read some fun facts totally unrelated to impact investing. 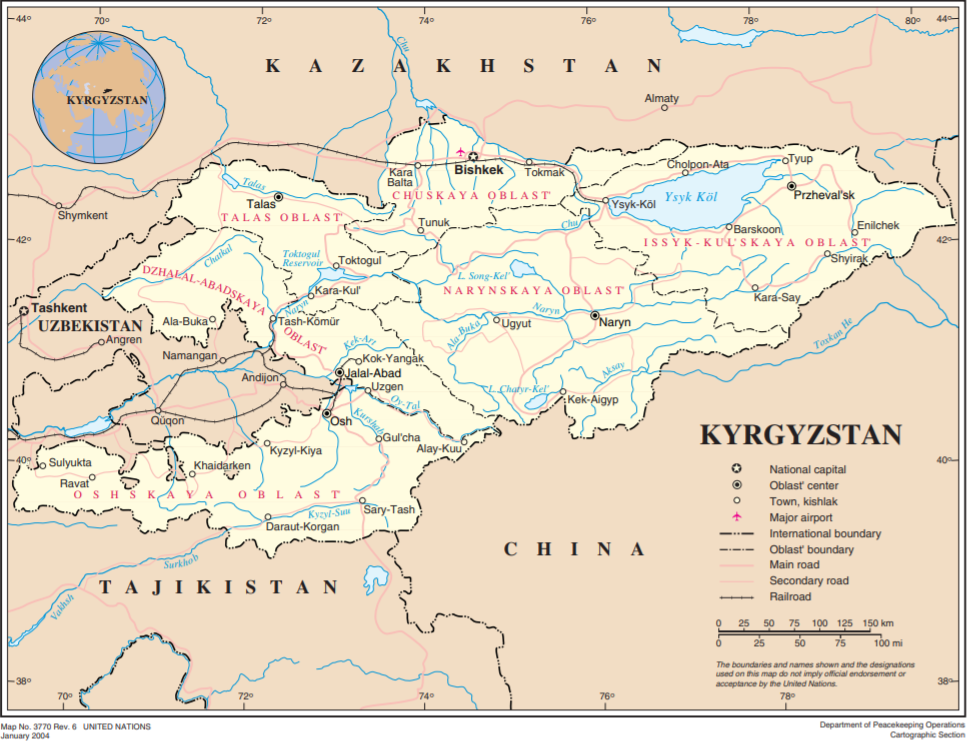 Where do people in Kyrgyzstan live?

Ever seen the tv-show 'World's most dangerous roads”? Kyrgyzstan’s jaw-dropping mountainscapes and winding roads were featured in the show, to paint you a picture of how rugged the landscape is. Temperatures are also challenging, rising to 40C in summer and falling to -30C in winter.

It is one of the least crowded countries in the world with only 36% of the population living in urban locations, such as the capital Bishkek, where the majority of inhabitants live in Soviet-era apartments. Many internal migrants from rural villages and small provincial towns need to resort to informal settlements on the outskirts of the city where there’s a lack of access to basic necessities1.

There is an urgent need to improve housing conditions in Kyrgyzstan and affordable financing and technical support are key in making this happen. Microfinance institutions, like the ones raising financing on Lendahand, offer mortgages and housing loans to enable such improvement.

“Do people in Kyrgyzstan play scrabble? No idea, but if pronouns were allowed, their country name would be worth 30 points!”

Is there a lot of poverty in Kyrgyzstan?

On the country comparison list of populations living below the poverty line, Kyrgyzstan is ranked between Kenya and Nicaragua with 32%2. Converted, it means 2 million of the approximately 6 million people in Kyrgyzstan live on less than €1.60 a day.

Due to the COVID-19 pandemic, the risk of Kyrgyzstan dropping down on the list is high. Besides dependence on labor income and remittances from migrant workers, a rise in food prices has intensely affected the poverty rate. The World Bank calculated that if food prices rise by 5%, the poverty rate rises by 3.5%. To mitigate the economic shock of the pandemic and to preserve much of the development progress achieved in recent years, they urge financial support.

The economy of this lower middle income country is dominated by minerals extraction and export, agriculture, and reliance on remittances from around 800,000 citizens working abroad. Especially rural populations who live on money transfers from emigrated relatives working in either Russia or Tadjikistan3.

Before 31 August 1991, 98% of Kyrgyz exports went to other parts of the Soviet Union. After that date, Kyrgyzstan declared independence from Moscow and a democratic government was established. The economy was severely affected by the breakup of the Soviet Union and the resulting loss of its vast market.

For rural populations residing in these upland and mountainous areas, agriculture is the principal source of income. Especially animal husbandry takes up a significant part of the agricultural economy since the presence of cattle is culturally considered one of the tools for measuring the wealth of a family, which remains to this day.

Unfortunately, climate change and unsustainable land use practices are harming people and the environment. Therefore it is necessary to address market failures along the entire food value chain. Thankfully, the government set the development of the agriculture sector as a priority. They want to promote high-value agri-food production and organic agriculture, improving the quality and safety of agri-food and assist producers of agricultural products with export market potential to grow.

Not only can it generate employment on farms but also in the agri-food processing industry off-farms. Doing so would help overcome the fragmented and small-scale structure of farms and agricultural firms, bringing the Kyrgyz agri-food sector to a new level of development4.

“Ever seen a three euro coin or a three dollar bill? In Kyrgyzstan you can pay with the 3 som coin! They are one of the few countries to use this denomination.”

What kind of entrepreneurs are there?

One of the most exciting things about Kyrgyzstan is the potential for the growth of entrepreneurship. There seems to be a lot of enthusiasm here for starting small businesses.

There’s potential for sustainable economic growth in emerging market Kyrgyzstan, and as an impact investing crowdfunding platform, we want to support as many local entrepreneurs as possible. Therefore we’re onboarding local microfinance institutions who enable access to financial services to SME entrepreneurs in rural areas, such as Salym.

Do you want to support Kyrgyz entrepreneurs too? Head to our projects page, or turn on your email notifications, so you don’t miss new projects that impact local communities in emerging markets.