With a loan of EUR 17,700 Bayarsaikhan will be able to buy sufficient amount of inventory to supply the local market. 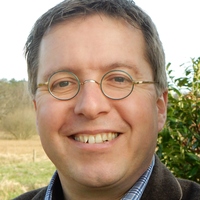 Bayarsaikhan (56), is an enthusiastic entrepreneur, and has established his business at a young age. He graduated in photography in 1980, and started his entrepreneurship as a professional photographer in 1994. Later in 2001, he began selling camera tools, small household items, and prepaid cards of local cellphone carriers. In September 2017, he made an agent contract with Mobicom, the largest cellphone carrier in Mongolia. Now, his business has grown as an official Mobicom branch where all customer services, sales of phones and other appliances are available. His business is not limited to only Mobicom, but also he sells prepaid cards of other cellphone carriers such as Skytel and Unitel at the local shop.

Bayarsaikhan operates his business in Uvurkhangai province, which is located 430 km away from the capital city-Ulaanbaatar; and is one of the rapidly developing provinces in Mongolia. There are 2 other branches of Mobicom in the province, however the local demand for cellphone carrier services has been significantly increasing.  Bayarsaikhan cannot meet the local demand for cell phone goods.

With a loan amount of MNT 50 million, he will be able to buy sufficient amount of inventory to supply the local market. His business contributes to the local communication sector, and enables more people to connect with their families or friends who are far away.

We have already contributed for Bayarsaikhan Damdin

Falco Valkenburg
+ and another
39
investors