With a loan of EUR 99,500 partner EFC will be able to finance 10 companies in Uganda, including a primary and secondary school. 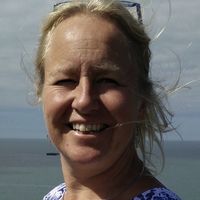 With this loan, Entrepreneur Financial Centre will be able to finance 10 entrepreneurs:

Wilson in majorly in real estate business and has setup 9 high end rental units/apartments in Nyende where he is able to raise revenue of 16m per month. He has additionally raised 4 new units where he needs support of Ugx 85 million from EFC to complete them. Wilson has only 2 employees and generates Ugx 192m per annum.

Grivas runs two Schools registered as Nakyessa Day and Boarding Primary School and Nakyessa Senior Secondary school. The school has been operational for the last 17 years and is in its expansion phase.  Grivas has approached EFC for a facility of Ugx 76 million to enable them complete a dormitory block. The school turns over Ugx 2.056 billion per annum and employs 72 staff.

The entrepreneur operates and trades in timber for the last 13 years. Edward also does transport as a value chain through delivery of the timber to the expected destinations. The business turns over Ugx 668 million per annum and has 6 employees. Edward has approached EFC seeking to finance construction of a warehouse for the timber business of Ugx 50 million.

Charles deals in computer appliances and runs the shop together with his brother. For the last 7 years he has been able to expand from total capital of USD 1,500 at the start to now USD 18,000. The business turns over Ugx 747 million per annum and employs 3 people. Charles is completing his home and has requested for Ugx 50 million from EFC this.

The client operates two cosmetic and weave shops in Bweyogerere and Bugolobi. Diviinah manages the day to day operations of the two shops with the assistance of one employee in each shop. The business turns over Ugx 816 million and has requested for funding of Ugx 31 million from EFC to setup own business premises.

Has Fiona runs and operates an upscale lady’s saloon in Mukono. She started the business from scratch in 2011 and has since grown to its current status with capital worth Ugx 86m. The business turns over Ugx 416 million per annum and employs 8 people. Fiona has approached EFC for funding of Ugx 30 million to help her complete her residential house.

Emmanuel operates a stationery shop that handles printing and photo copier services (secretarial services). It has been operational for the last 11 years and turns over Ugx 196 million per annum. Emmanuel employs 3 people and is seeking for funding of Ugx 25 million to complete his residential apartments.

Eric operates a hardware shop with a distributorship of Sadolin paint. The business is located in Mbogo and has an annual of Ugx 1.250 billion. The business employs 7 people. Eric the lead promoter requires funding of Ugx 25 million to complete his residential property.

The entrepreneur has set up over 65 rental units to provide accommodation for the poor. He currently employs five (5) people to support him in the day to day operations of his business. The units cost each at a cost of UGX120,000 per month, giving an annual turnover of UGX 100,800,000. Willison has approached EFC seeking funding of Ugx 25 million to complete the new units in Mulago.

Samuel has 38 housing units for both low income earners and middle-income earners in Mengo, and Mutungo all suburbs of Kampala. The entrepreneur’s ambition is to grow in this industry of hospitality by providing affordable accommodation to the poor. Entrepreneur has an annual turnover of Ugx 115M. He has requested for Ugx 20 million to complete a streak of housing units.

We have already contributed for Entrepreneur Financial Centre 7

Niek de Bruijn
+ and another
262
investors