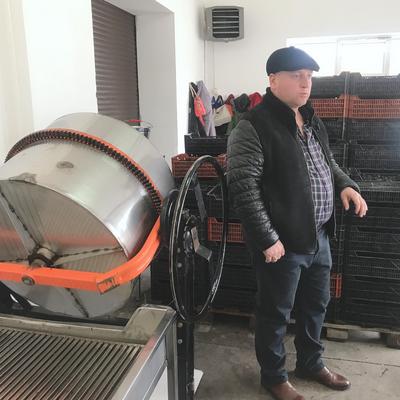 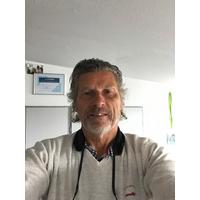 With a loan of EUR 415,000 Mikro Kapital will provide working capital to another 50 entrepreneurs from the Republic of Moldova. The proceeds will go to medium and small businesses from sectors like agriculture, retail and transport services.

Information document of the issuer (NL)

Information note of the issuer (BE)

The company was registered on 4th April 2013 and was developed from scrap. The head office is in Chisinau, Republic of Moldova. The branches are located in Chisinau city and towns Balti, Soroca, Edinet, Drochia, Comrat and Cahul. Via its 8 branches, the organisation covers major territory of Moldova. At end of 3rd quarter 2020, Mikro Kapital Moldova had 59 employees, a gross loan portfolio of 16.7 mln EUR and PAR>90 of 2.4%. Since beginning of its activity the company provided more than 5,800 loans in amount of 48 mln EUR and served more than 10,000 clients.

Among the 168 registered non-bank credit organizations, at end of September 2020, Mikro Kapital Moldova is on the 6th place by volume of Gross Loan Portfolio (leasing not included).

With a loan of EUR 415,000 Mikro Kapital Moldova will provide financing to about 50 entrepreneurs from the Republic of Moldova. The proceeds will go to micro and small businesses from sectors like agriculture, trade and transport services. These entrepreneurs will be able to continue their activity despite a difficult year because of Covid 19 pandemic and drought, which affected agri producers in the South and Central part of Moldova. The organisation will support its clients as it has done in the past.

Mikro Kapital Moldova targets micro and small, entrepreneurs, either juridical or physical persons, and individuals for providing access to credits. It offers a range of solutions to its clients taking into account the individuality of every business. The financing is provided in the form of:

The loans provided can be in the range from 250 EUR up to 250,000 EUR. However, the average loan size is much smaller in reality - below 10,000 EUR. The maturity can be from 3 months up to 7-10 years (this is very rare and may be in case of HOME loans). The actual average maturity of loans is below 2 years. Normally the repayments are in the form of annuities. Agricultural loans may benefit of some grace period of up to 9 months. In terms of collateral and other securities, about 63% of portfolio is secured by hard collateral and in addition all loans have guarantors (suretyship). “Home” loans are guaranteed with mortgage (purchased apartment/house). The purchased assets (tractors, agricultural machines, equipment etc) are also pledged.

The Mikro Kapital Moldova’s mission is:

To be a leader in the Financial field by ensuring a favourable ecosystem for the company's employees, customers and partners. The main objective is to respect mutual benefit, based on trust, responsibility and the growth of a strong team, which will bring added value for all.

Although Mikro Kapital Moldova does not provide loans to poorest population segments, lending to micro and small entrepreneurs has a strong economic and social aspect. The micro and small companies in every society make the backbone for a sustainable development. By offering transparent access to finance, we contribute to business development in the country, its growing and diversification. These segments of clients provide jobs to majority of active population. This is extremely important for economies in development like Republic of Moldova, where the emigration is a huge problem. By providing loans, the company supports businesses not only in urban areas, but also in rural areas, where the development has been either stuck or regressed.

Besides loans to entrepreneurs, Mikro Kapital Moldova provides housing loans (16% of loan portfolio). This is another key social aspect of our activity. The product “Home” is especially designed for people working abroad, but “dreaming” to own an apartment/house and return someday in-home country.

At September 2020, female clients represent 41% and rural clients about 54% of total number of clients. Also, the loans to agricultural sector count for more than 40%. About 64% of company’s gross loan portfolio is managed by branches other than those located in capital city.

The Covid 19 pandemic affected our company as well. At end of March 2020, the company started to do rescheduling (on a case by case) for clients. The clients benefitted of deferral/postponement of payments for 3 months in general. The outstanding amount of rescheduled loans because of Covid 19 reached about 62 mln MDL (about 3.2 mln EUR or 20% of GLP). However, after deferral period, about 80% of those loans have been paying on time, with only 1.25% in PAR>30.

Because of COVID 19 some potential lenders decided to postpone the due diligences. However, even in such difficult period, MIkro Kapital Moldova succeeded to establish cooperation with international lenders Agents for Impact, Lendahand as well with two local banks.

The management team of Mikro Kapital Moldova is relatively young, but experienced. The CEO, regional manager/branch managers came from Microinvest (the biggest NBFI from Moldova) and Procredit and have stayed with our company from the beginning.

Mr. Sergiu Turcanu, CEO, 33 years old. He has been with Mikro Kapital Moldova for more than 6 years and is the company’s CEO since May 2017. He graduated the Moldova's State University of Economics, faculty Economics, Finance and Banking. After graduating, in 2008 he began his career at ProCredit Bank Moldova as a credit expert. Then he continued the career at Microinvest. In 2014 he joined Mikro Kapital Moldova’s team as a credit expert, then becomes director of Chisinau branch in 2016.

Mrs. Natalia Chitoroaga, 41 years old, is the company’s CFO from January 2018. She has been with the company for 5 years.  She graduated the Academy of Economic Studies of Moldova with a degree in Finance and Insurance. Started her career at the Treasury under the Ministry of Finance of the Republic of Moldova. She has gained extensive experience as a chief accountant in manufacturing, service and trade companies. Natalia joined Mikro Kapital Moldova in September 2015 as the chief accountant and later became CFO.

Mr. Andrei Popa, Internal Auditor. He has 36 years old and joined Mikro Kapital Moldova in 2018, being responsible for implementation and developing of internal audit activity, as per group standards.  He graduated Academy of Economic Studies of Moldova in 2007 and then joined ProCredit Bank team, as Junior Auditor. Then he continued his career as internal auditor in BCR Chisinau Bank (part of Erste Group) and later in Orange Moldova (mobile operator), being on position of Internal Controls responsible, Risk Management officer and later Senior Auditor.

Mrs. Inna Edu, regional manager North, 33 years old.  She joined Mikro Kapital Moldova in 2014 as branch manager in Balti. Since start of 2018, Ina is the regional manager North, covering Balti, Drochia, Edinet and Soroca branches. Between 2008-2014, she worked as loan officer and then credit analyst at ProCredit Bank. Ina graduated in 2008 the Moldovan State University, Faculty Economics, licensed in Business and Administration. She also obtained master’s degree in financial management at the same university.

Mr. Constantin Girleanu, regional manager South, 36 years old. He joined Mikro Kapital Moldova since the first year of operation, in 2013, as loan officer. In 2018 he was promoted to branch manager of Chisinau branch. Since 2019, Constantin is the regional manager South covering Chisinau, Comrat and Cahul branches. He started the career at Moldova-Agroindbank in 2007 as loan officer. Prior to Mikro Kapital, he worked for 2 years (2011-2013) in Microinvest as loan officer and lately as branch manager. Constantin graduated the Academy of Economic Studies of Moldova in 2006.

The company was awarded in 2018 year the Notorium Silver Award, for the best-known company in the sector. The public voted on line.

About Republic of Moldova

The Republic of Moldova is a small lower-middle-income economy. It is bordered by Romania to the west and Ukraine to the north, east, and south. The capital city is Chisinau. The country’s population counts for about 3.5 mln people. Its area is about 33.8 thousand sq.km.

Although it is among the poorest countries in Europe, it has made significant progress in reducing poverty and promoting inclusive growth since the early 2000s. The economy has expanded by an average of 4.6 percent annually in the past 20 years, driven by consumption and fueled by remittances. However, the performance has been repeatedly hindered by the unfavorable global situation or by poor climatic conditions. The country’s GDP is about 12 billion USD and the GDP per capita is 3.4 thousand USD. The annual inflation rate remains within the National Bank’s policy range of 5.0 percent ± 1.5.

With a moderate climate and productive farmland, the agriculture sector has an important role in Moldova’s economy, which overall productivity is very low: 10.1% of the GDP and employs nearly 32% of the workforce (World Bank, 2019). Of the agriculture work force, around 25% are directly employed by agri-enterprises, while the other three-quarters are classified as self-employed (FAO). The secondary sector (manufacturing, food processing, textile, footwear etc) represents 22.7% of the GDP, employing 16.6% of the active population. The GDP structure is progressively turning towards services, to the detriment of heavy industry and agriculture. The tertiary sector now represents nearly 55.4% of the GDP, employing half of the workforce (51.4%). It is driven by the insurance, legal consultancy and telecommunications sectors. The ICT sector is also growing.

In 2019, the official unemployment rate in Moldova was about 3% - quite low, but the emigration is a mass phenomenon in Moldova and has a major impact on the country's demographics and economy. It was estimated that 600,000 to one million Moldovan citizens (almost 25% of the population) are working abroad.

Mikro Kapital provides transparent access to finance for Moldovan SMEs in various sectors, from agriculture and trade to transport services. Their financial services empower both individuals and entrepreneurs to grow out of stagnated and regressed economic development. Financial support enables Moldovan entrepreneurs to increase their professional activity, resulting in job creation, a decrease in emigration, and improved living conditions.

We have already contributed for Mikro Kapital 5