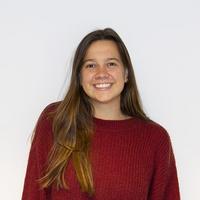 Tobias started as an intern with Lendahand and then spent five months in the African bush in a conservation team at a wildlife reserve. When he returned, he began as an LAH employee and eventually grew to become the Head of Investments. Fun fact: over the course of 30 years, he’s had the privilege of taking care of 19 dogs. (And no, not because the mortality rate is that high!)

What does your typical workday look like?
Every day is different. A lot of my time is spent on calls with exciting companies and financial institutions (existing and new) all over the world. We can touch base on every continent on the same day and learn different things in new countries! Then there are the exciting investment team discussions; should we proceed with a certain transaction or not? Are there new sectors we should move into or new countries? How are things within our existing portfolio? Can we support any of our clients? Any new exciting strategic opportunities for us to work on, such as local currency lending?

On other days you just have to look at a bunch of complex investment documents and financial models, which are a bit less exciting yet very important. Sometimes you're stuck in tough negotiations, which can be fun but also quite challenging. The worst is a restructuring case when companies are not doing well and can't make their repayments, letting people go and sometimes ultimately file for bankruptcy. We want to make sure the companies survive but need to protect our investors’ interest, which is ultimately most important. Without them, we can't support the entrepreneurs.

What is the last time you lent somebody a hand?
Not too long ago, on my way to the supermarket. I saw an older man all confused in the middle of a busy intersection in Amsterdam city center. Fortunately, there were few cars at the moment, but still a dangerous situation. I guided him back to the right lane, asked him whether he was okay and if he needed help. Apparently, he found a bag on the train with a name tag earlier that day. He was on his way to return the bag and got lost. When I pointed him in the right direction, he was overjoyed to have found his bearings again. It was incredibly nice of him to sacrifice most of his day to return something to its owner (which I believed to be a bag of smelly gym clothes...)

How do you impact the lives of others on a daily basis?
Well, I'd like to think that through our work at Lendahand, we impact perhaps tens of thousands of people every single day. Whether it's through solar energy or small business investments, we try to make a difference!

What are the hands-on things one can do to empower others?
When you see something happening in front of you, don’t overthink. Just act.

What’s a crowdfunding project that still inspires you?
I'm a big fan of our energy access deals, most notably the biogas projects. I've been lucky enough to meet our entrepreneurs worldwide and have witnessed our partner Sistema.bio change the lives of people in rural farming areas. Their installations are a massive gamechanger, allowing people to cook on clean gas instead of wood/charcoal. This saves time and money, makes their land more fertile due to the digesters’ waste product (manure), and increases their crop yields. Another plus: people can sell both the manure as well as the excess gas to the community. Most importantly, clean gas installations are healthier for both people and the planet. Cooking on fire is the number three cause of death in Kenya. It also damages the environment, leads to deforestation, and contributes to climate change, affecting these rural areas the most.