NUSA MAKMUR is a regulated rural Non-Bank Financial Institution (NBFI) based in the historical royal sultanate of Yogyakarta in Central Java, Indonesia. Mission is to serve rural entrepreneurs with community-based financing throughout Indonesia. The 25-year vision is to elevate the economic happiness of 10% of the nation's population, which currently stands at 261 million souls.

CEO Fahmy Akbar Idries is a 51 yr old professional rural banker, a local celebrity in the rural banking community having won Rural Development Bank CEO of the Year Awards 4 times after steering Bank Kulonprogo from its founding to #32 rank by asset out of Indonesia's over 1600 rural banks. As a senior banker he is a Central Bank-registered examiner certifier for rural bank directors. He has also proven his mettle as an entrepreneur in his own right having invested in various businesses including a rural bank at which he is still the guiding shareholder. 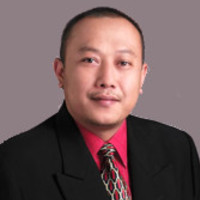 Indonesia is a republic with a presidential system. As a unitary state, power is concentrated in the central government. Indonesia consists of hundreds of distinct native ethnic and linguistic groups, with the largest—and politically dominant—ethnic group being the Javanese. Indonesia has a mixed economy in which both the private sector and government play significant roles. The country is the largest economy in Southeast Asia and a member of the G20 major economies.