With a loan of EUR 95,050 Artha Prima will be able to purchase seeds, fertilizers and farming tools for farmers on Java. 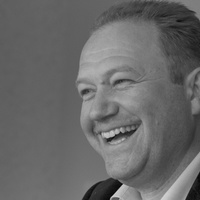 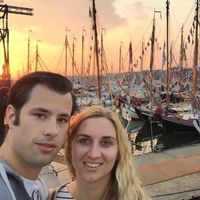 Artha Prima is a serene farming community overlooked by Mount Unggaran centered on the small market town of Ambarawa. Here the rich volcanic soil sustainably nourishes a large variety of fruits and vegetables, rice paddies and even sustains some inland fishing. The landscape provides much natural scenic beauty, once served by narrow gauge steam railway. Now, the new toll road is a mere 10 km away. But motorists rush by between the cities of Semarang and Solo leaving this community in splendid isolation ever more dependent on its agricultural economy.

The Government’s Trans Java motorway projects bring development to ever further reaches of Java. The towns and industrial hubs benefit most with lesser spin off benefits all along the corridors much of which remain largely agrarian. The agrarian hinterlands are of fundamental importance as food producers for Indonesia and the world. Ambarawa produces sustainable basic food commodities and can benefit hugely from the logistics and distribution possibilities opened up by the new toll road. All they need is a helping hand to support those who have chosen not to move to the urban centers.

Nur Zubaedi did not foresee the toll road back in May 2000 when he founded the Artha Prima cooperative. He only knew that capital limitation is unsurprisingly the perennial problem for rural peasants working the land. Funds are always needed to purchase seeds, fertilizers, farming tools and to hire laborers. As typical, they do not meet conventional credit criteria nor were they empowered to understand what was for them a complex loan process. Artha Prima was the solution to 64 farming groups in the area. From its humble beginnings in Ambarawa, it now has 45 branch offices spread over the hinterlands between Semarang and Yogyakarta helping 53,905 members with total asset of IDR 153.4 billion generating turnover of IDR 25.4 billion with 3.62% Non Performing Loan (as of August 2017). Through 17 years of hard work, Nur Zubaedi now has Artha Prima’s financial infrastructure; and the government has stepped in with the roads infrastructure. He now seeks further funding to support the vast reaches of his service area in the hope of not only sustaining the local agrarian economies and helping them leverage off the increasingly accessible logistics, but also to elevate the youth to higher economic prospects in new value-add sectors.

Nusa Makmur has worked with Artha Prima since 10 Juni 2016, funding up to 126 farmers and small businesses. One typical customer is Mr. Jarwadi who now earns Rp50 million per harvest from selling his crop yields such as red onions and various vegetables, after getting started from his first loan of Rp8 million in 2008 to purchase seeds and farming tools.

We have already contributed for KSP Artha Prima

Gerard de Jong
+ and another
227
investors