Sistema.bio is a Mexican social enterprise that has been operating since 2010. We manufacture, sell, distribute, install, and finance high-quality biodigesters as turnkey packages for small-scale farmers. Our mission is to create value from waste all around the world: renewable energy (biogas) and organic fertilizer.. 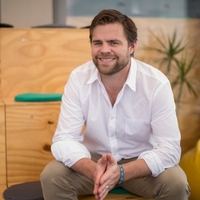 Mexico is a federal republic consisting of 31 states and Mexico City, one of the biggest cities in the world. Spanish is the most widely spoken language in the country and approximately 10 percent of the population speaks an indigenous language. In 2015, Mexico’s economic growth was 2.7%. Its most important agricultural export product is corn (4th biggest exporter in the world). The welfare of the people, however, is unevenly distributed; the top 20% earns 55% of the total income and almost one-fifth of the population lives below the poverty line.