With a loan of EUR 6,000 Deogracias can increase his stock of motor parts and also hire 1 extra employee. 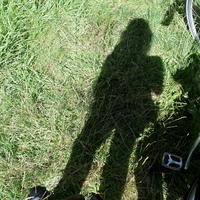 Pililla is a first class urban municipality in the province of Rizal, Philippines. It is known as the Green Field municipality of Rizal and a destination by road cyclists because of its asphalted road. Deogracias Tamondong a resident of Pililla, had thought of establishing a business related to road travellers. Kobe Marketing was established in 2006, engaged in selling of motorcycle parts and accessories. His knowledge came from the company he worked from and started with a borrowed capital from his in-laws. Considering the competition, Deogracias offers a lower price for his products and a free-of-charge installation, attracting customers from nearby town like Binangonan and Cardona. With its continuous growth, he was able to put up a branch in Morong, Rizal.

Currently, he employs a total of 15 workers, provided with a daily salary and receives Philhealth and Social Security System (SSS) benefits. Most of his workers are male, were eight of them are mechanics. Majority of his workers average tenure are as the same as when he started his business.

Lendahand and local partner NPFC, will provide a loan to Deogracias to purchase additional motorcycle parts and accessories. He can also generate employment for those unemployed individuals within the community of Pililla. The loan will be repaid in 6 months.

We have already contributed for Kobe Marketing