With EUR 3,800 we enable Glenn to increase its stock in order for his business to be ready for the coming peak season. 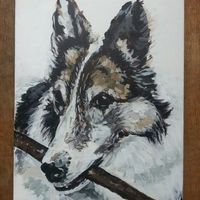 Glenn Alvarez resides in Nagcarlan, Laguna. He is a graduate of Electrical Engineering, and is married to Anabel, with whom he has seven children. In year 2010, he established a business engaged in selling of Japan made products, like cabinet, vase, and kitchenwares, and he named it next to him as, Glenn Alvarez Trading & General Merchandise. He manages the daily operation, while his spouse Anabel assists him with the finance and other business matters. The business has been operating in different provinces like in Nagcarlan and Liliw Laguna, Lucban Quezon, and nearby provinces.

It has been operating for five years now, where employment opportunity to out-of-school-youth was opened by the couple. At present, he employs ten out-of-school-youth who are all regular workers, two are female and eight are male receiving meal allowance, a bonus, and Social Security System (SSS) benefit, aside from the semi-monthly salary. During peak season, an additional of 15 workers were being hired.

Loan proceeds will be used to purchase additional stocks of Japanese products which will be provided by Lendahand and local partner NPFC. To be repaid in 18 months.

We have already contributed for Glenn Alvarez Trading