With a EUR 7,000 loan Mark can ship more lighthouses to Spain and Germany. 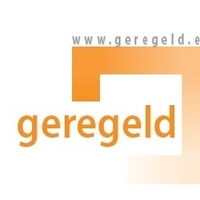 Mark Dominic Pajarillo is a thirty three (33) year old owner of RedFern which manufactures and exports handicraft products for export in 2010.

RedFern is named after Rebecca D Fernandez who is Dominic's mother-in-law and an offset business of Darala Crafts (owned by his parents-in-law) since 1973. Darala Crafts was at first selling baskets from Coron in Palawan (famous in baskets) to exporters until an Australian came in and started exporting themselves. From then on, they expanded into more handicrafts for export using indigenous shells like capiz (windowpane oyster that has a translucent outer shell) and seashells (regulated source.)

In 2010, with the death of his father-in-law and Rebecca being in her seventies, Darala Crafts became defunct and RedFern came into existence along his wife Kaye doing the finances and Rebecca as consultant.

Currently, ReDFern is employing twelve (12) regular craftsmen five (5) of which are females complete with the benefits provided by law. They are now manufacturing replicas of lighthouses adorned with capiz shells for export to Japan, Spain, and Germany. ReDFern is also subcontracting handicrafts for export from other manufacturers.

Being an environmentalist, they never used synthetic fillers like styrofoam peanuts or plastic bubble wraps but fabricate the biodegradable fillers made of paper. Since Darala Crafts days, they have been employing skilled craftsmen with up to secondary level of education from the marginal sector of society.

Lendahand partner's NPFC is helping Dominic to in acquiring additional raw materials and payment for the subcontracts to boost the production and support incoming orders for export.

We have already contributed for RedFern